CILE Concludes Seminar on the Qura’n and Ethics 01/2015 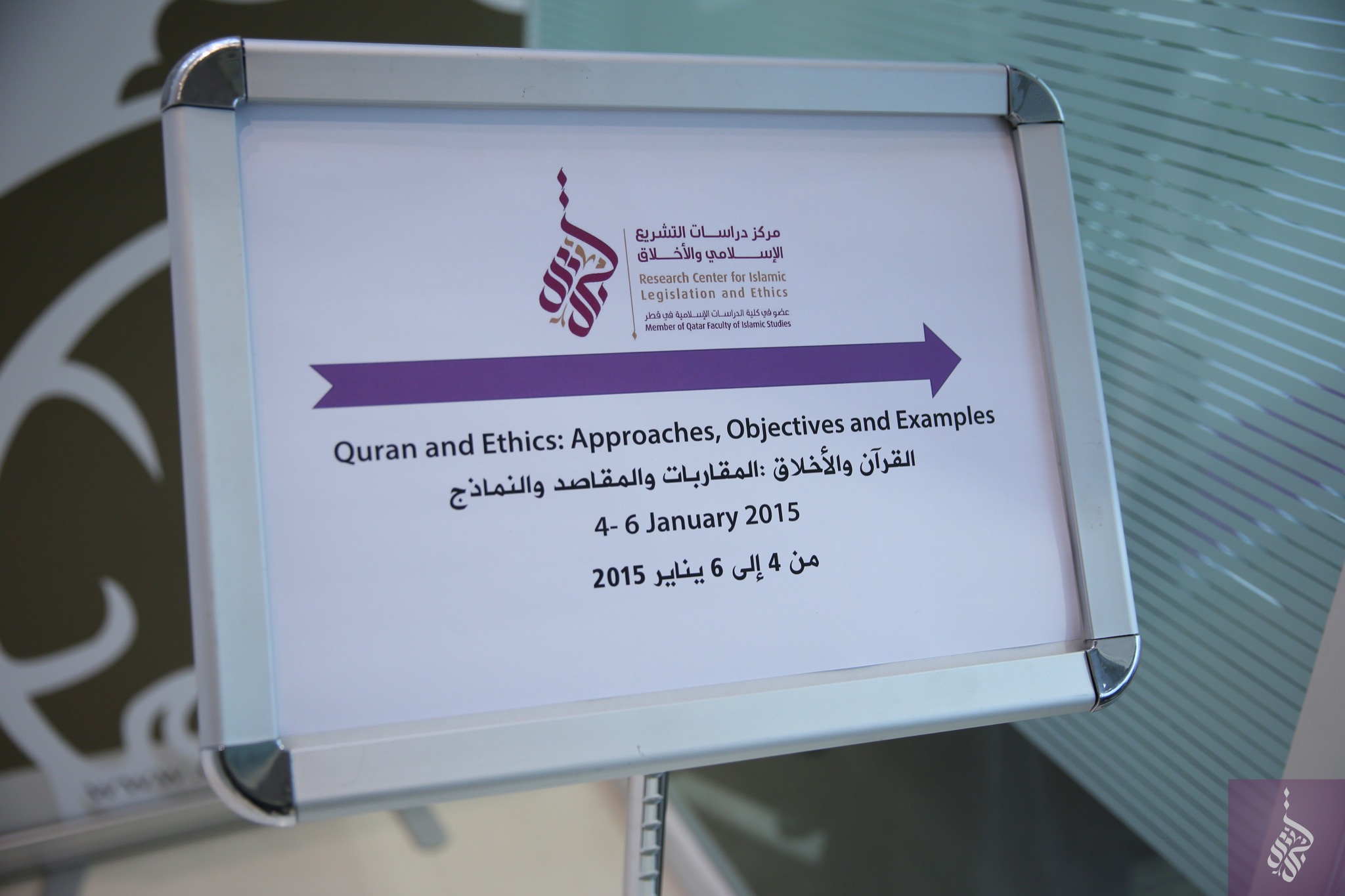 The Research Center for Islamic Legislation and Ethics (CILE), member of Qatar Faculty of Islamic Studies, Hamad Bin Khalifa University, concluded a specialized seminar on “The Qura’n and Ethics” in January 4-6, at the premises of Qatar Faculty of Islamic Studies.
The seminar attempted to establish a collective ijtihad aiming at developing research on the ethical reading of the Quran and exploring the role of ethical concepts in rebuilding the legislative system in Islam. The participants addressed two main questions; the first question dealt with the concept and methodology of the ethical reading of the Quran. It also tackled the way to approach ethical aspects of the Quran in ancient and modern times in addition to discussing the concept, methodology and higher objectives from legal and philosophical perspectives.

The second question examined the relationship between ethics and legislation in the Quran. It highlighted the importance of exploring the Quranic ethical code in rebuilding the legislative system.
Dr. Mu’taz Alkhatib, Assistant professor of Ethics and Methodology, moderated this seminar and a group of prominent scholars and researchers participated including Sheikh Yusuf Al Qaradawi and Dr Ahmed Raissouni who discussed the interrelation between ethics and legislation and the legislative function of the Quran.

Dr. Abu Yaarub El-Marzoki, professor of Arabic and Greek philosophy in Tunis University, addressed the approach of the Quran in defining meta-ethics through combining the religious interpretation and rational analysis. On the other hand Dr. Maryam Alattar talked about the centrality of the Quran in theological debate on ethical issues, while Dr. Muhammad Khalid Masud focused on the concept of Maslaha as a Quranic objective according to Ash-Shatibi.

Dr. Kevin Reinhart, Associate Prof at Dartmouth College, linked the Islamic ethical commandments to the ethical system of the Quran. He even argued the Quranic ethical system makes use of external sources other than the Divine revelation. Dr. Abdulraḥman Al Shehri, prof of Qura’nic studies at King Saud University, presented a study on “Approaching the Ethical Aspect in the Qur’an by the Old Exegetes” while Dr Samer Rashwani tackled the approaches of the modern age. Finally, Dr. Abdulraḥmān Helli presented a paper on “Al-Birr in the Quran: An Investigation into Meanings and Functions”.

In addition to the above scholars and experts, the CILE executive director Dr. Tariq Ramadan and the deputy director Sheikh Chauki Lazhar participated in this seminar.