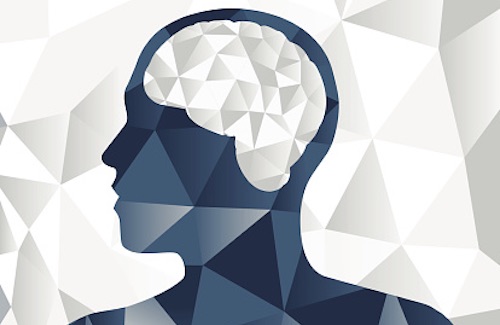 Psychology and ethics are two issues related to Islam today on two levels. One involves the misconception of Muslims by the West and the stereotypical images of their character and mentality. The other is the disturbing of pluralism and constructive debates in Muslim societies through fundamentalism and reliance on absolute authority. Modern Western psychological theories address the roots of the clash of civilizations and deep-rooted misconceptions and prejudices. However, Islamic fundamentalism is also diagnosed and judged by these theories in isolation from political and cultural elements. One problem is that there are no comparable Islamic psychological theories with which to analyze such contemporary concerns or to address mental health issues for believing Muslims.

This is despite the legacy of Medieval Muslim scholars, such as AL-Kindi, Ibn Sina, Al-Farabi and Al-Ghazali who studied human behavior from an Islamic perspective that modern psychology ignores and undermines. More importantly, Medieval Muslim scholars, since the early 8th century, laid the foundation for Islamic psychology to address the issue of mental health and the conduct necessary for self-development and well-being. However, such theories have not been further researched in order to address the absence of the role of the spiritual in mental health from an Islamic perspective, where the relationship between psychology and ethics is an intrinsic one, faith and following divine teaching being the path to well-being.

It is exactly the question of the key role played by religious faith that distinguishes Modern Psychology from its Islamic counterpart. The secular character of Modern Psychology ignores the spiritual foundation of human behavior, leading to misunderstanding of individual motives, thinking processes, attitudes and behavior. In fact, one of the goals of Psychology, to eradicate human pains and conflict, corresponds with that of Islamic teaching, although the premise of each differs. Psychology in its modern manifestation explains morality and behavior in terms universally (non-cultural specific) applicable to the psyche as a mode of mental functioning. Islam, on the other hand, grounds morality and good conduct in faith and Fear of God.

Medieval Islamic scholars such as Al-Kindi, Avicenna, Averroes, Al-Razi and Al-Ghazali had studied the self and analyzed the problem of mental health as the conflict between the egoistic and materialist self and the spiritual one or what some call the intellect, believing that it is the spiritual which adheres to morality and God’s guidance. When the self or the soul corresponds to the spiritual needs and restrains materialistic desires, the person reaches the stage of positive self-development, health and happiness.

The problem concerning Islamic psychology mirrors the general one of the acceptance of other modern sciences from the Islamic perspective and is part of the wider debate between traditional Muslims and their reformist counterparts. For many Muslims, Western science is considered alien to their religious values and even for some to their spiritual beliefs. They consider that Western sciences undermine their Islamic morality and values, a response viewed by some scholars as defensive and as a way of preserving a distinctive identity that traces back to the colonial era. Internally, conservatism and orthodoxy are impeding dialogue and independent, critical thinking, the very tools which would enable the society to confront and negotiate the Western approaches they reject. Dogmatism is one of the challenging issues facing contemporary Muslim societies. Dogmatists believe in the accuracy of their judgment and authority, rejecting ijtihad or any interpretation of the Quran to cope with the modern world.

Another impediment to reform is the fact that the underdeveloped research resources available cannot compete with those of the West and meet international standards. This is, of course, linked to the internal issues facing the Muslim World, issues which also have an impact on the external problem of the relation of this world with the West, that is the conservatism which prevails and the reduction of Islam to a set of moral rules through which to regulate people’s lives. Reliance is placed on the teaching of Islam in schools in the traditional way, mainly memorizing the Quran and its moral teachings and values. Despite the fact that many Muslims are aware of Medieval Scholars, such as Averroes, Avicenna, Al Ghazali, and Al-Razi and of their role in the progress of civilization, they hardly know anything about them other than their names.

The absence of a scientific Islamic psychology is also responsible for misunderstanding the issue of mental health and is one of the key factors contributing to another contemporary issue that faces Islamic societies – that of the resort to sorcery and superstitious myths. superstitions and ritual practices are widespread in the Muslim world. Sorcery or witchcraft is employed, technology sometimes contributing to such practices via websites and satellite channels. Sheikhs or traditional healers are viewed as unquestioned authorities, their advice varying between spiritual healing rituals like praying and reading the Quran and superstition, charms and prescribed liquids that might be poisonous. In other extreme cases beating is practiced, as patients are believed to be possessed by jinni. Research on Islamic psychology that would help develop scientific methods to include the spiritual will help people have confidence in psychology as a science and eliminate such rituals.

Finally, it can also be argued that the refusal by traditionalists to contemplate any compatibility between modern science and Islam perpetuates the misunderstanding of Islam by the West, making it easier for Muslims themselves to be stereotyped as terrorists, primitive, closed-minded and unscientific, views exploited by the Media and propaganda. Closing this gap between the West and the Islamic world and eliminating the damaging perception of difference through the grid of ‘us vs. them’ is at the heart of Social Psychology as a discipline that tries to find solutions to the misunderstanding and the misconception of the other and the cognitive processes related to prejudice, stereotyping, discrimination and ethnocentrism. Again, the rejection of scientific thinking makes the employment of such a discipline more difficult.