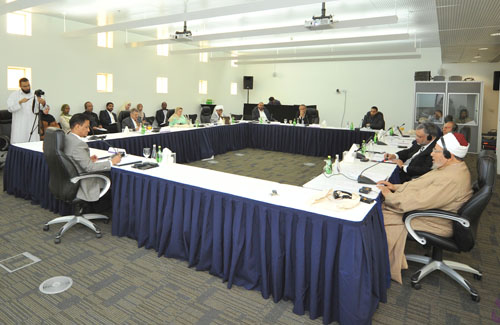 CILE held a seminar on “Politics and Ethics” 8-10 June, 2013 at its headquarters. The participants focused on two questions:
o What is a civil state with Islamic reference?
o What are the ethical limits on freedom of expression in Islam?
On the first question, the participants confirmed that such state must be a democratic one based on the right of people to choose their ruler. It has to be a state of equality between all citizens, and to abide by values and objectives of Islam.
On the second question, the participants stressed that the freedom of expression is an established right and a divine gift not a human favor. This freedom is absolute by default unless it causes harm to others. They affirmed the necessity of dealing with the matter of freedom ethically, not only as a reaction to some accusations or for self-serving propaganda.
The participants in the seminar are: Sheikh Yusuf Al Qaradawi, Dr. Hasan Al-Turabi, Dr. Rajaa Naji, Ambassador Ebrahim Rasool, Dr. John Esposito, Dr. Mohammad Hashim Kamali, Dr. Abd Al-Majeed Al-Najjar, Dr. Tariq Ramadan, Dr. Jasser Auda, Mr. Chauki Lazhar. It was moderated by Dr. Mohamed El-Moctar El-Shinqiti.

[Video] CILE "Politics & Ethics" seminar: Participants' Testimonials
The Research Center for Islamic Legislation and Ethics (CILE) is pleased to introduce the testimonials of the scholars and politicians who participated in the Politics and Ethics Seminar, that was held between June 8th and June 10th, 2013 at the premises of Qatar Faculty of Islamic Studies. 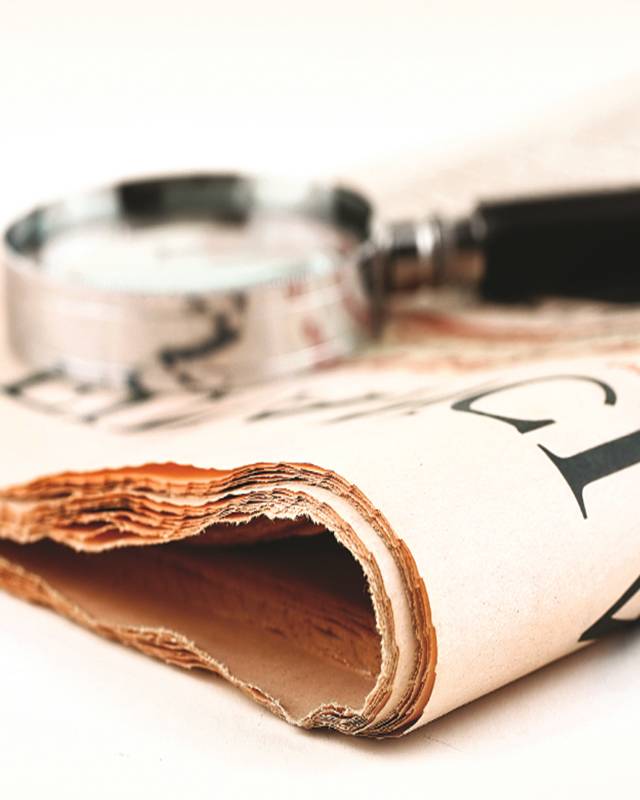 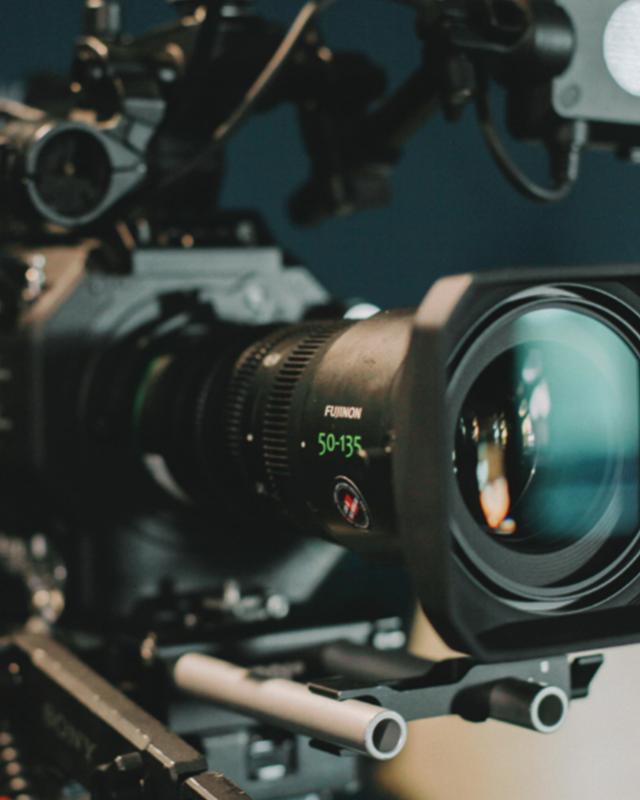 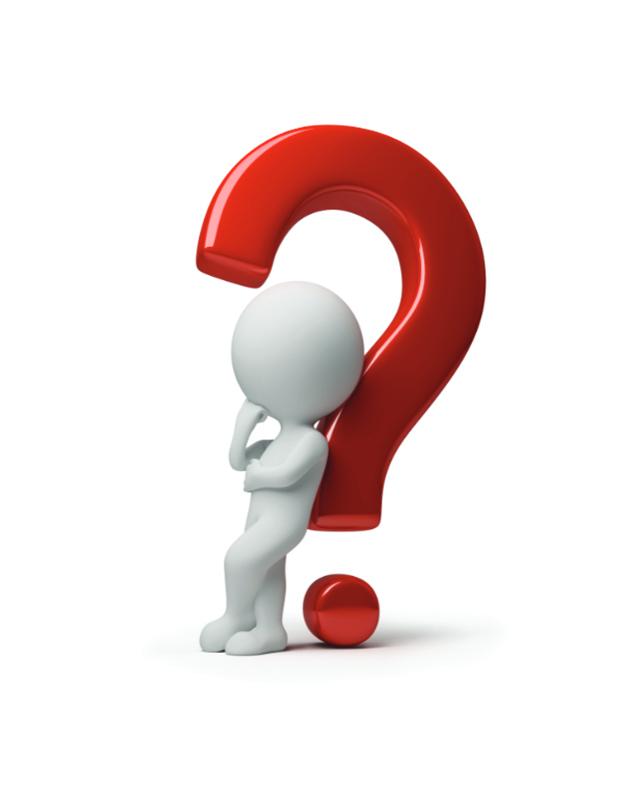 Questions
What is civil state with Islamic reference?
What are the ethical limits on freedom of speech? 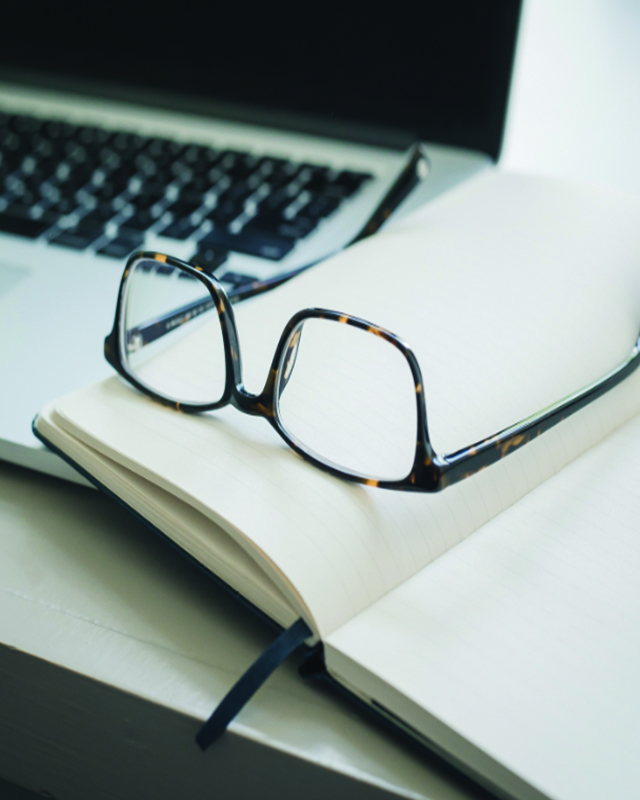 The Center for Islamic Legislation and Ethics (CILE), member of Qatar Faculty of Islamic Studies, held a specialized research seminar on “Politics and Ethics” between June 8th and June 10th, 2013 at the premises of Qatar Faculty of Islamic Studies. (See a list of participants annexed to this report). CILE asked the participants to focus on the following two questions:

o What is the civil state with Islamic reference?
o What are the ethical limits on freedom of expression in Islam?

The discussion of those questions led to many other questions focusing on the political values in Islam and Islamic perspective of the state, constitution, law and freedoms in light of the recent transformation into the rule of law and democracy in a number of Islamic countries. The discussions witnessed harmony and agreement on most of the major issues while some others witnessed controversy and intellectual disagreement due to the different approaches to contrasted things examined in this seminar.

What is the civil state with Islamic referential authority?

In answering this question, the participants tackled many important points. They defined civil state with Islamic specification and discussed the basis of citizenship under this state, whether it is religion as in the ancient empires or geography as in the contemporary states. What is meant by “Islamic reference” is it ethical and legal or symbolic and cultural? What is the relation between this and the matter of application of shariah and its status in constitutions and laws?
In their definition of “the civil state with Islamic reference” the participants confirmed that such civil state should have certain characteristics including:

First: It is a democratic state based on the right of people to choose their ruler. It is not a military or theocratic state that is based on any sort of coercion. This fact distinguishes it from the dictatorial kingdoms of the past and authoritarian ones of the present time.

Second: It is the state of equality between all citizens without double standards. This state does not recognize any kind of discrimination between people on the basis of religion whether in terms of human rights such as the freedom of belief and worship or public rights such as the right to assume any political office and post. Some participants criticized the stipulation in certain countries that the president or the ruler of the state must be a Muslim and considered this a kind of discrimination and violation of rights of citizenship. One of the participant scholars agreed to this stipulation in the countries of majority Muslims where the number of non-Muslims is insignificant.

Third: This state abides by values and general objectives of Islam. Its legal and constitutional system depends on the Islamic shariah and this distinguishes this state from other democracies which do not recognize any religious authority (reference) in its constitutional system. People in the Muslim majority countries want a political system compatible with and deduced from the Islamic values and principles even if there is some disagreement on the exact meaning and connotation.

The third criterion raised a lot of important questions on the application of shariah. The participants agreed that most of people in Muslim majority countries want both democracy and shariah and do not find any conflict between them. However, those people hold different opinions concerning the exact meaning of shariah and the limits of worldly and religious matters in the political system.

They also have different views concerning the status of shariah in the constitution and laws and the extent of interference by the state in people’s public and private affairs in the name of religion.

The participants agreed that the connotation of shariah has mistakenly became narrowed in the present time and limited to the legal aspect in Islam or specifically the penal law. This has negatively affected the balance of ethical and political priorities in the Islamic societies. Moreover, it contributed to the state of confusion, chaos and theoretical ambiguity concerning the application of shariah. Among the manifestations of this confusion is mixing up between the ethical aspect of Shariah, which is subject to the authority of conscience and relation between the person and His Lord, and the legal aspect which is regulated by judicial and political authority.

The majority of the participants maintained that it is necessary to distinguish between morality and legality, sin and crime but some others found it difficult to draw a clear line between the two aspects. They stressed on the importance of considering the social, cultural and political context in this regard. It may be better in some cases to leave the matter to the authority of conscience while it could be better to regulate it by law in other contexts where there might be social instability, violation of civil peace or encroaching on the rights of citizens. The participants preferred the view of diminishing the extent of codification and leaving the matter to the authority of conscience where possible to protect people’s freedoms, ensure faithful religiosity and prevent the political authority from dictatorship and authoritarianism.

The participants held different opinions concerning the status of shariah in its broader meaning in the constitution of the civil state with Islamic reference. Should it be the sole source, the main source, a main source or even a source? One of the participants held the view that it is not necessary to stipulate the sources of legislation in the constitutions as the society is the holder of both legislative and interpretive authority and its representatives will reflect its value system in the new laws to be enacted.

The participant did not see any wrong in the variation of sources of law in the civil state with Islamic reference. For example, there is no problem in codifying the social custom or deducing from the laws of other countries, be Muslim or non-Muslim, as long as this does not violate any of the established Islamic principles. One of the participants expressed this view by affirming that certain aspects of secularism can be integrated in the political and legal system of this civil state with Islamic reference, but he did not elaborate more on those aspects.

Concerning the written Islamic political literature, the majority of participants saw it to be almost disconnected from the sources of revelation and major political values of Islam. This literature was affected by the reality of political oppression, so it is a jurisprudence of necessities limited to its temporal circumstances and unsuitable for establishing a state of justice and freedom in our time.

What are the ethical limits on freedom of expression in Islam?

In answering this question, the participants stressed that the freedom of expression is an established right and a divine gift not a favor from any human being to another. This freedom is absolute by default unless it causes harm to others. They affirmed the necessity of dealing with the matter of freedom ethically at the first place not only as a reaction to some accusations or only for self-serving propaganda.

The majority of the participants insisted that Muslims must be ethically consistent in their attitudes, through respecting others’ belief and feelings as they require others to respect theirs. You may not believe in the sanctity of others’ beliefs and rituals but you have to respect their feelings and avoid abusing them. In our contemporary world, ethical consistency is not only an ethical obligation but also an urgent interest to protect Muslim minorities all over the world.

The issue of freedom of belief and killing the apostate has been raised, and the participants maintained that there is a dire need to reconsider the literature of Fiqh in this particular issue to adopt a stance consistent with the Holy Quran and the contemporary international standards. They emphasized on the necessity of abiding by the principle of “No compulsion in religion” (Qur’an 2:256) with all its exigencies in the matters of doctrine, ethics and rituals.

One of the participants distinguished between “non-aggressive apostasy,” which is confined to the negative theoretical stance towards Islam, and “aggressive apostasy” which is translated into a harmful action or saying. This distinction is welcomed by other participants of the seminar as it is very important to face opinion with counter-opinion and face action by action.

The participants numerated a number of ethical limits to freedom of expression including: “public utterance of hurtful speech except by one who has been wronged” (Qur’an: 4:148), defaming and reviling others in their absence, violation of the right of privacy, acrimonious speech, hostile argumentation… etc

The seminar discussed the issue of reactions to insults against Muslims and their various sensitivities. The participants acknowledged that the aggressors are to be blamed and bear the largest part of responsibility, but Muslims should exercise wisdom and self-control, and be more proactive than reactive. Muslims should also make themselves familiar with the exigencies of the freedom of speech even in matters that are traditionally untouchable, and stop exhausting their energy in endless reactions to endless provocations.

Some participants who are involved in political action called for considering the current context of transition in some Islamic countries without sacrificing values and basic freedoms. They also called for distinguishing between the temporary procedures and permanent principles in this context.

This view maintains that some new democracies may resort to certain unusual procedures like depriving the old regime figures from assuming political offices for a certain period of time, and this does not represent violation of the democratic principles. Laws enacted to protect revolutions may be necessary but should be temporary. On the other hand, some views warned against excessive use of such laws that limit freedoms and make constitutional texts irrelevant.

At the end of the seminar, the participants suggested that CILE should pay more attention to some particular issues related to the current transformation in the Islamic world. These issues include:

The seminar was moderated by Dr. Mohamed El-Moctar, Associate Professor of Islam and Political Ethics at CILE, and he wrote the Arabic original of this report.