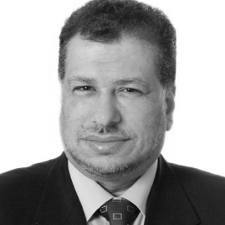 Dr. Hattab gained his PhD in Islamic Economics at Ummalqura University, Saudi Arabia, in 1990 following his MSc in 1986 and BSc in 1981 from the same university. His area of specialization is in Islamic Economics and Banking, with a particular focus on the fiqh of modern financial transactions. He has more than 20 years experience of teaching graduate and undergraduate levels between Jordan, Pakistan and Malaysia and Kuwait, supervising over thirty masters and doctoral theses in Islamic economics and banking and fiqh of financial transactions. Between 1993-1995 he was head of the Islamic Economics Department at the Islamic University in Pakistan; between 2005-2007 he was head of department of Islamic Economics and Banking at Yarmouk University, Jordan; 2007-2010 professor of economics at the same department; and between 2010-2012, he was Deputy of University for Academic Affairs, at Al-Madinah International University (MEDIU) in Malaysia. He has more than fifty research papers published in peer-reviewed journals and presented to national and international conferences. In 2013 he published Daleel al-Bahitheen ila al-Iqtisaad al-Islami wal masarif al-Islamiyyiah fi al-Urdun 1974-2010 (Researchers' Guide to Islamic Economics and Banking in Jordan 1974-2010) (Washington: IIIT, 2013). He is currently (since 2012) a visiting professor at Kuwait University, College of Sharia, Kuwait.