The Research Center for Islamic Legislation and Ethics (CILE), a member of College of Islamic Studies (CIS) in Hamad Bin Khalifa University, cordially invites you to the upcoming public lecture titled:

Islamic Studies in the Twenty-First Century: Challenges and Prospects

It will be held on March 6th, 2018 from 7 to 9 pm in the Auditorium at the College of Islamic Studies building.

In this lecture, our panel of speakers will address the historical aspects, methodological approaches, main challenges and future perspectives of Islamic Studies. The following questions will be discussed: 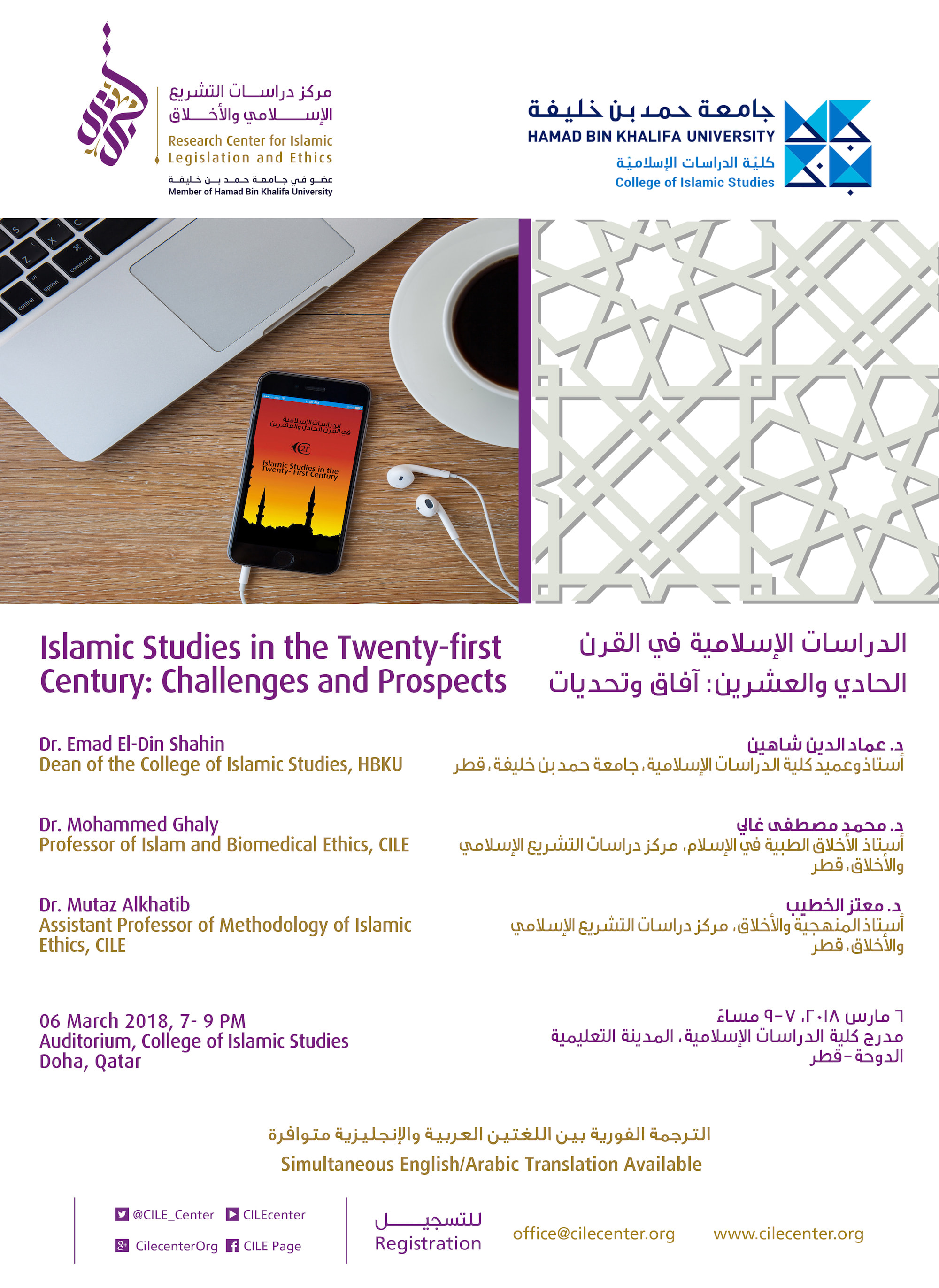 03/2018 Islamic Studies in the Twenty-first Century: Challenges and Prospects