The Research Center for Islamic Legislation and Ethics (CILE), a member of College of Islamic Studies (CIS) in Hamad Bin Khalifa University, cordially invites you to the upcoming public lecture by Dr. Tariq Modood, professor of sociology, politics and public policy at the University of Bristol in the United Kingdom.

In this lecture, Dr. Modood will present four interlocking concepts that he has developed to understand the accommodation or integration of Muslims in Britain and other parts of Western Europe: Ethno-Religious Equality, Islamophobia, Multicultural Equality and Moderate Secularism.

My talk at Doha on the 17th of January:
Ethno-Religious Equality, Islamophobia, Multicultural Equality and Moderate Secularism: useful outside the West? https://t.co/uJ9hqjUjSO

The following questions will be addressed to the audience: 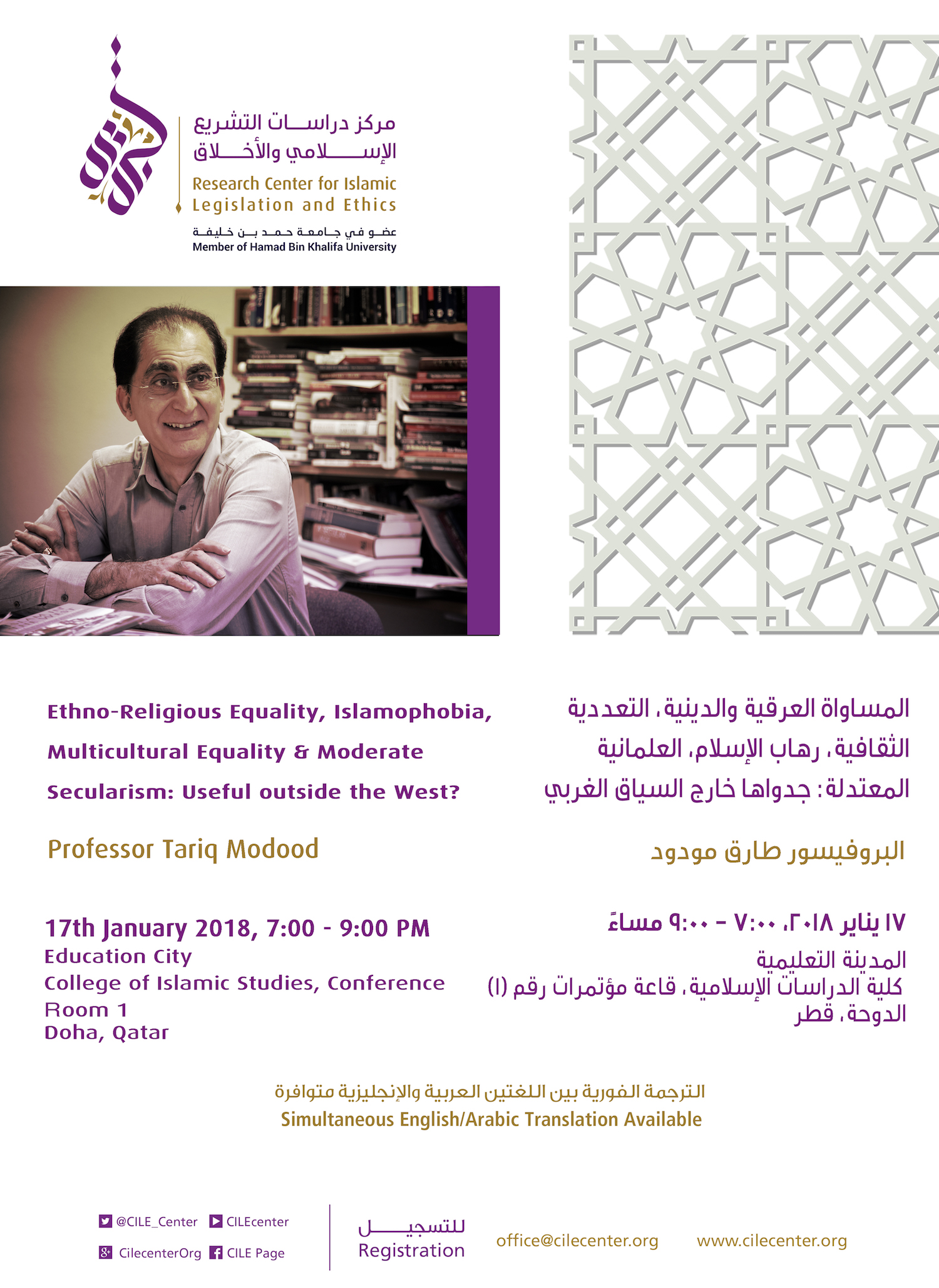