The greater part of the world is in disorder in terms of political development, socio-economic policies and environmental concerns particularly. For instance, the crisis of the global economic order has intensified, inflicting substantial damages on most states and the vast majority of people. Currently, there are more than 820 million people in the world who do not have enough food to eat. There are some 780 million people in the world live with less than the international poverty line of $1.90 a day, and there are more than 70 million refugees, IDPs, and asylum seekers around the world.

Besides, the impact of the Global Order on the environment stands as one of the most urgent issues to be addressed - particularly the exploitation of nonrenewable natural resources, climate change and global warming. The current problems have attracted critiques from scholars, human rights institutions and governments on the moral deficiencies of the Global Order. Some governments, organizations, experts, and scholars have worked locally and internationally on a number of sustainable development projects and strategies to reduce economic inequalities and advance social justice, enhance democracy and freedoms, resolve conflicts, improve human rights, uphold justice and peace, and reduce environmental damage. However, much remains to be done in changing this situation and making the Global Order more ethical and just.

To address the above theme and critical issues of environment and social justice, CILE cordially invites you to attend its 7th Annual International Conference. The conference will host outstanding scholars, experts and activists from around the world. We will be honored with your attendance and please feel free to invite your family members and friends to attend the conference or watch it online. 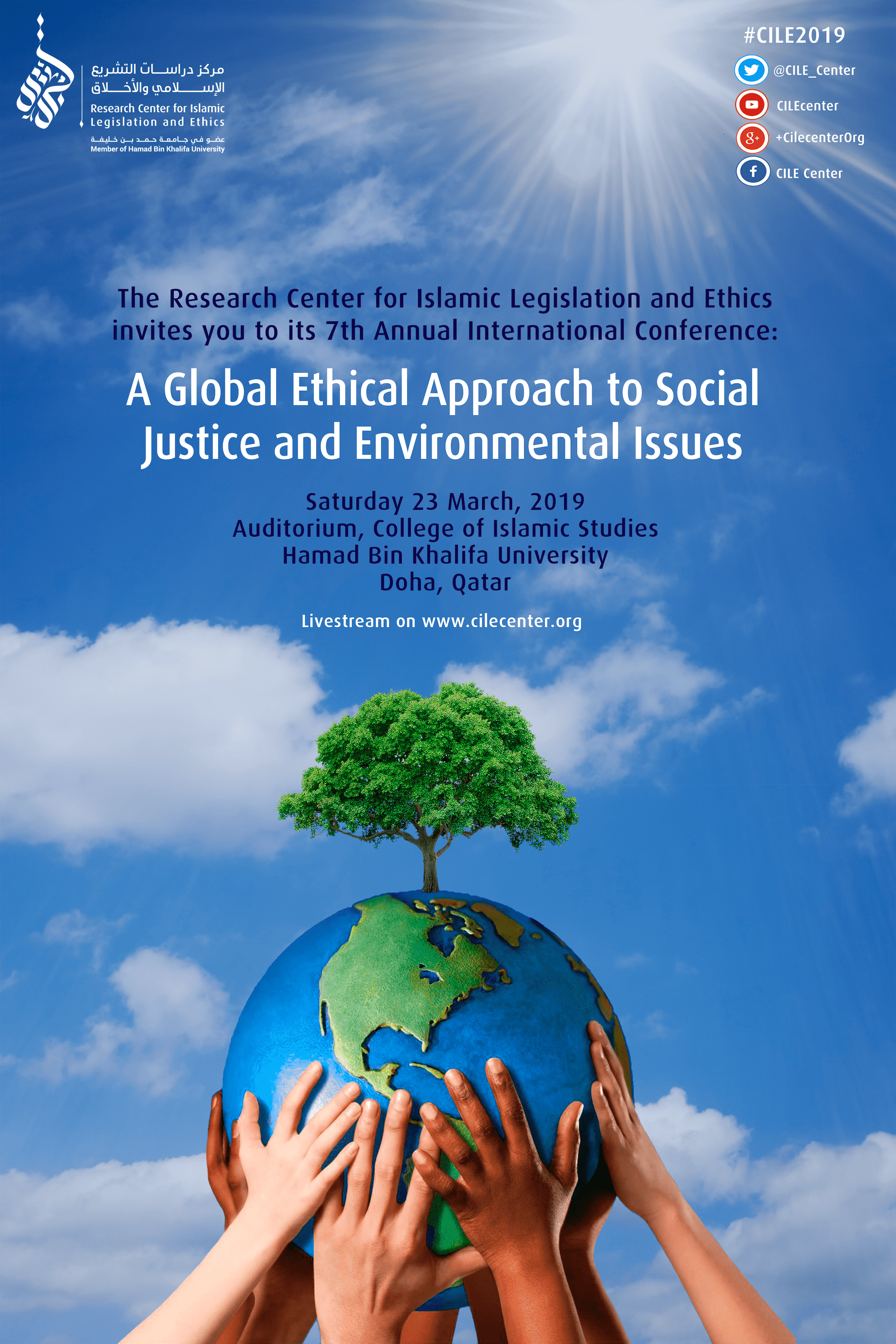 #CILE2019 Call for Papers
The Research Center for Islamic Legislation and Ethics (CILE) wish to invite scholars, academicians, researchers, and policy makers to send their abstracts and short biographies to participate in i

#CILE2019 The Keynote Speeches
Join us on Saturday 23 March 2019 and listen to our keynote speeches and the different viewpoints on the status of Social Justice and the environment:

#CILE2019 Watch the video teaser!
Join us on March 23rd 2019. Livestream will be available in sha Allah.

Follow #CILE2019 on Social Media and Watch the Livestream
As you now know, we will hold our most important event of the year:

#CILE2019 A Global Ethical Approach to Social Justice and Environmental Issues #CILE2019
Join us at the auditorium of the College of Islamic Studies, HBKU