Interview about CILE and Islamic Bioethics in Qatar Today

Dr. Mohammed Ghaly, Professor of Islam and Biomedical Ethics, was interviewed by Qatar Today to speak about his research field and bout CILE in general. By reading the attached text, please note that some points were not meticulously noted and thus miss the necessary scholarly nuances. Those looking for the exact and accurate viewpoints expressed by Dr. Ghaly can check his academic publications, some of which can be consulted on our website. 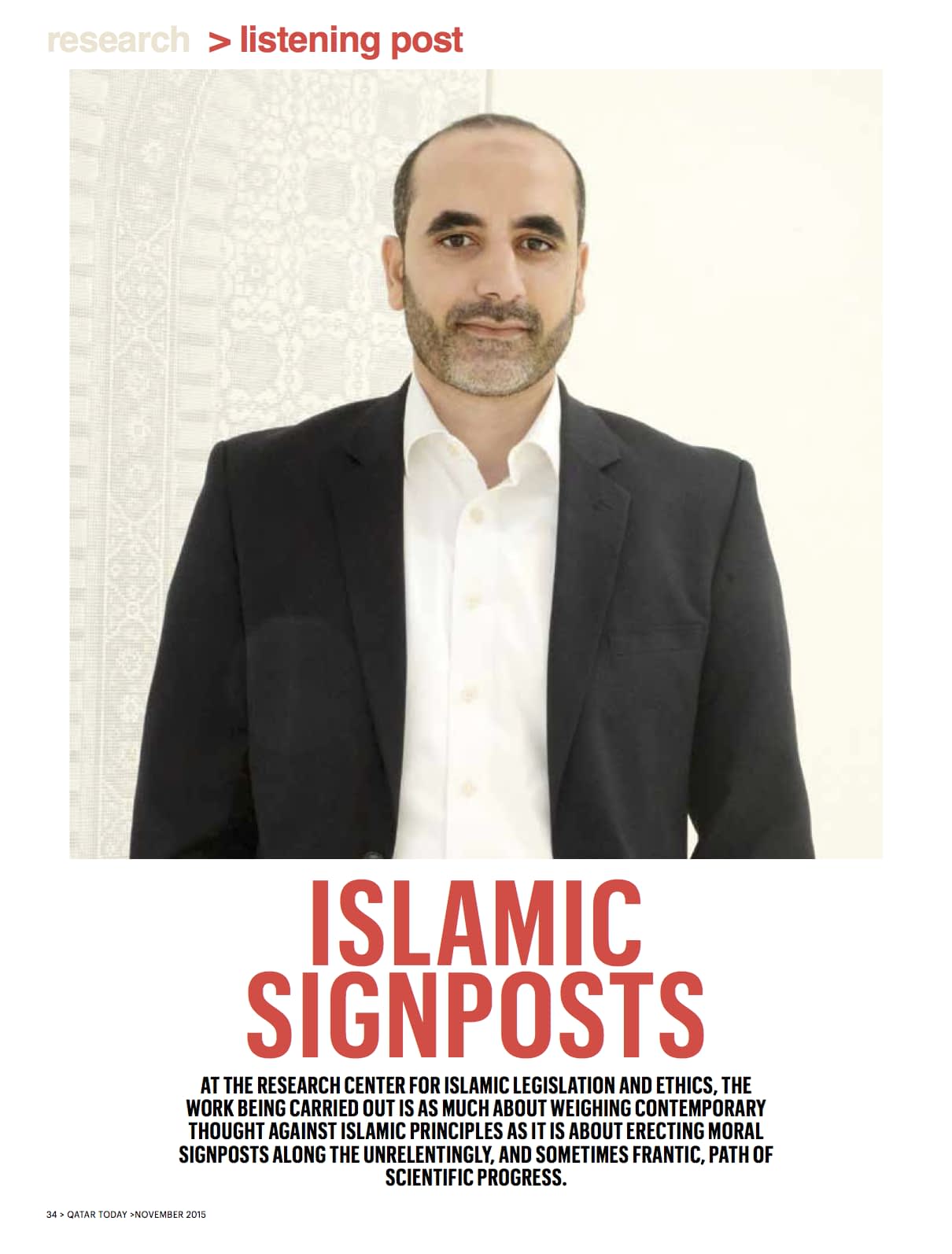 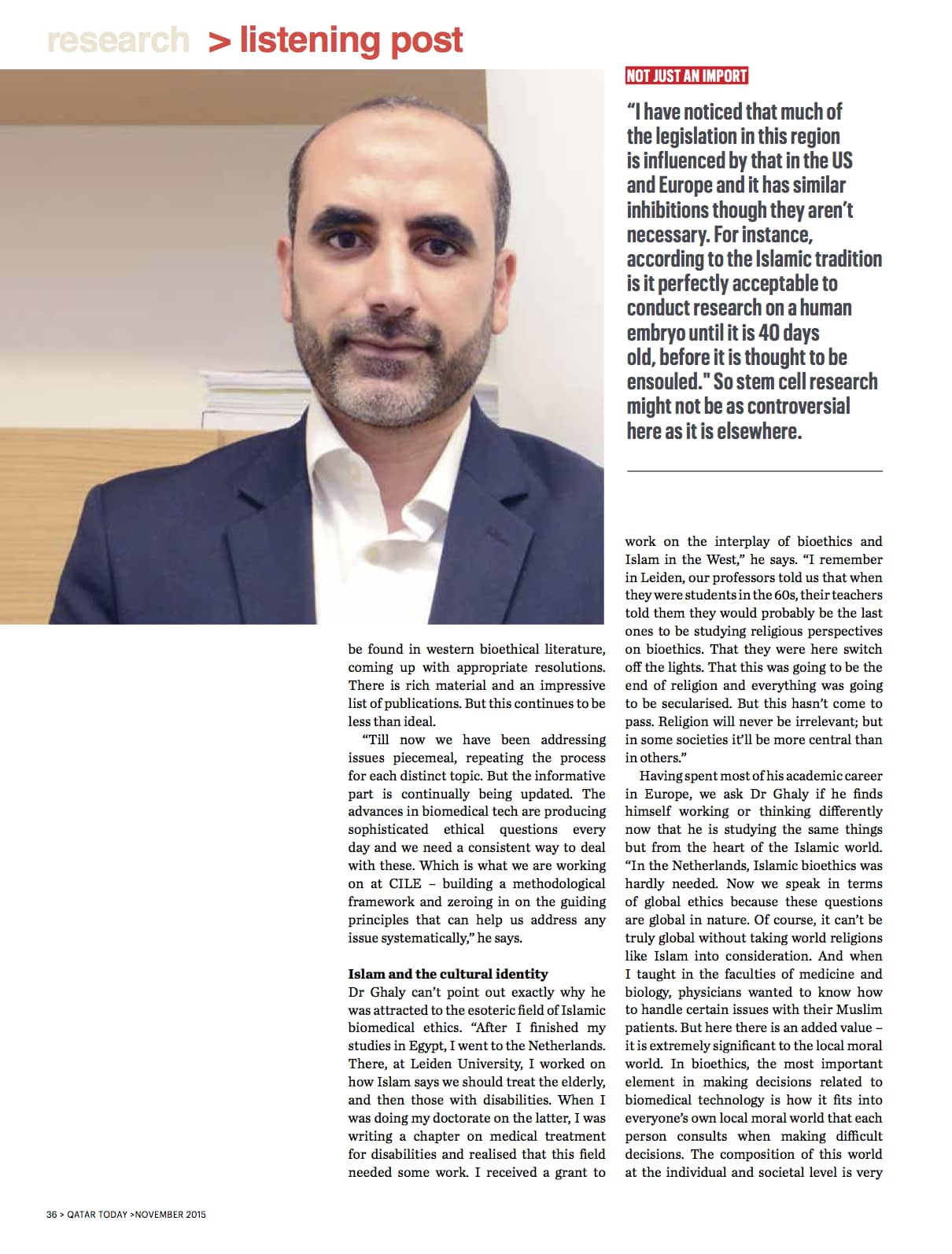 Mohammed Ghaly (b. 1976, Egypt) is currently professor of Islam and Biomedical Ethics, Research Center for Islamic Legislation & Ethics (CILE) at Hamad Bin Khalifa University, Qatar. In 1999, he did Islamic Studies in English at al-Azhar University in Cairo, Egypt and got his bachelor degree with Cum laude. In 2002, he got his M.A. degree in Islamic studies also with cum laude from Leiden University, the Netherlands and in 2008 he got his PhD degree from the same university. During the period 2008-2013, Ghaly was faculty member at Leiden University with main focus on Islamic Law and Ethics. Since 2011, Ghaly is faculty member of the Erasmus Mundus Program; the European Master of bioethics jointly organized by a number of European universities. In 2012, Ghaly was awarded the prestigious VENI grant (2012-2016) from the Netherlands Organisation for Scientific Research (NWO) to do research on “Islam and Biomedical Ethics”. During his academic career, Ghaly developed a wide range of research interests and academic publications within the field of Islamic studies including Islamic theology, Islamic law and (biomedical) ethics. Besides his book Islam and Disability: Perspectives in Theology and Jurisprudence (Routledge: 2010), Ghaly published in reputable journals in the fields of both Islamic studies and bioethics including Islamic Law and Society - Journal of Religion, Disability and Health - Zygon: Journal of Religion and Science and Bioethics. Ghaly is the guest-editor of the two thematic issues on “Islam and bioethics” published respectively by Zygon(September 2013) and Bioethics (February 2014).