How can Social media comply with Islamic ethics and other theories of ethics? 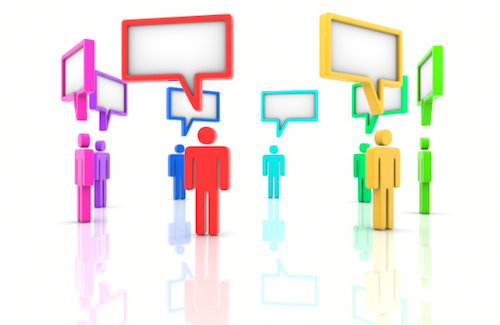 What is Social media?

Social media is the term for all the ways people connect to people through computation. Mobile devices, social networks, micro-blogging and location sharing are just a few of the ways people engage in computer-mediated collective action1. Social media is also known as Consumer Generated Media (CGM) and there are many types from content communities such as YouTube to blogs such as Twitter or social networking sites like Facebook. There are other forms of Social media such as virtual online games, online chat rooms and collaborative projects such as Wikipedia.

Both Social media and Mainstream media are capable of reaching small and large audiences.

What is the purpose of Social media and how useful is it?

What makes social media even more distinct than mainstream media is the fact that it is easier for governments to suppress mainstream media than it is for them to suppress Social media. For example during the Egyptian revolution which began on January 25th 2011and ended on February 11th 2011 with the dictator Hosni Mubarak resigning as President of Egypt.

The Egyptian people used Twitter and Facebook to organise protests against President Hosni Mubarak on Tahrir Square in Cairo and in other cities. Mubarak’s government banned many journalists and broadcast networks and placed restrictions on others. One example is that Aljazeera was forced to close its office in Egypt by Mubarak’s government and several journalists were arrested and detained for several hours and their camera equipment was seized.

However Aljazeera on its blog denounced the closure of its Cairo office2and no doubt this was shared on Facebook and tweeted by supporters of Aljazeera and Anti Hosni Mubarak protesters. Many protesters used YouTube to upload videos of protesters being shot by police when they could not get these videos to broadcast networks, therefore overcoming the restrictions on journalists.

The important point to make here is that Social media is very useful in the sense that it can work in co-operation with mainstream media and not necessarily in competition. Mainstream media can also use Social media for example certain programmes on the BBC and other networks have their own Twitter page.

Social media has had its fair share of problems. This has ranged from copyright infringements by users of YouTube for uploading material that they do not own the rights to, or Facebook making confidential information public without the consent of the Facebook account holder. Facebook tightened its privacy policies after clashing with the US Federal Trade Commission (FTC)3. YouTube has tried to tackle the problem of copyright infringement by introducing a copyright infringement notification and removing videos that violate this4.

Social media can be suppressed or banned by governments but usually when the law has been violated. An example of this would be Turkey banning YouTube for 30 months because videos were uploaded insulting Mustafa Kemal Ataturk the founder of modern Turkey. This was a violation of Article 301 of the Turkish Penal code which makes it an offence to insult the Turkish nation5. The move was criticised as punishing all YouTube users instead of just punishing the guilty party but the Turkish courts argued that YouTube had failed to comply with Turkish law by not removing such material.

There are some other advantages Social media has over Mainstream media for example Social media can updated easier than mainstream media.  it is hard for a newspaper to change its article once published. It will have to make the change the next day when the next issue is out. Social media is able to report the changes in world news in a matter of minutes.

Social media and Mainstream media can both also be used for advertising or promoting a certain political or charitable cause.

Social media also does not require the user to possess any special skills whilst mainstream media requires skilled people to operate its printing and publishing or its broadcasting.

The theory of Hedonism is the principle that a person’s actions should result in maximising pleasure and minimizing pain. Therefore Social media should be used to maximise pleasure for as many people as possible and this can be done in many ways by sharing content that increase knowledge and educates the public or even better if it is able to help them overthrow a dictator, like the way facebook and twitter were used to help organise demonstrations against Hosni Mubarak and Zine El Abidine Ben Ali eventually leading to the people of Tunisia and Egypt winning their freedom6.

Consequentialism refers to moral theories that hold that the consequences of a particular action forms the basis for any valid moral judgment about that action. This means a morally right action is one that produces a good outcome, or consequence. This view is often expressed as the aphorism "The ends justify the means".

Hedonism and Consequentialism focus on the result of an action so if the act seems bad but it results in good outcome then it is justified. For example if a video is uploaded onto YouTube showing dead protesters who have been shot by police then the act may be immoral since the video may have been uploaded without the consent of the decease’s family. However if this increases support for the revolution and leads to the overthrow of a dictator and the people winning their freedom then it is morally right and it will maximise pleasure.

The theory of Deontology examines the act itself or the rules and duties that the person doing the act strove to fulfil. An example of this may be to use Twitter to follow a charitable organisation like Oxfam or Islamic Relief or an NGO (Non-governmental organization) such as the Red Cross or Red Crescent therefore potentially increasing support and help to the needy. The theory of deontology is compatible with Islamic ethics to a certain degree.

Islamic ethics are applicable to social media as they would be to mainstream media (This will range from censoring anything that is forbidden/haram such as material deemed indecent, violent or even blasphemous, to promoting and propagating Islam as a religion also known as Dawah). The question remains how we ensure social media complies with Islamic ethics and any other theories of ethics. Should this be done by governments, Social media itself or by the very people using Social media? Many countries already regulate the media through government agencies such as Ofcom and the Press Complaints Commission in the UK.

In conclusion Social media can comply with Islamic ethics and other theories of ethics easily. However this will have to be applied on different levels ranging from government legislation and regulation to social media outlets self-regulating themselves or by the very people who use Social media. These people will have to decide what is wrong or right according to their own conscience and using Islamic ethics to guide them.