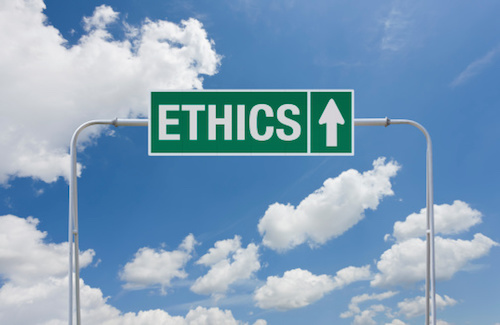 For a fruitful discussion of a topic on “Islamic Ethics” or “Ethics in Islam” a series of questions needs to be raised so as to guide the researcher’s steps along the path of their scholarly research and direct the practitioner towards making their practical application a success. Such questions help us as moralists offer the right framework for a full and complete understanding of both the theoretical and practical aspects of the Islamic moral system. In the absence of such systematized questions, both the researcher and the practitioner will end up with a limited and partial understanding of the different dimensions to which the issues at hand relate, or naïvely implementing irrelevant practices that bear no relation to the genuine concepts of ethics in Islam. One can claim that these questions can be grouped and divided into four major or fundamental categories with further elaborate secondary questions incorporated in them. These questions are arranged as follows:

This question can be framed in several ways each including an aspect of existence of any such moral system in the abstract sense. We can pose such questions as: Does there “exist” what can be called moralism in Islam? Does Islam acknowledge the concept of “morality”? Did the Islamic shari’ah [Law] address/give consideration to morality in terms of its cognitive, practical and other approaches or did it fall short of bringing a moral system into existence? In other words, does Islam advocate or even employ the notion of morality? Does morality fall under any of the many Islamic rubrics or intellectual practices?

Having examined and investigated the questions pertaining to the existence of a moral system in Islam and provided answers thereto, we can move forward to conducting an inquiry about the “essence” of this existence: What is the actual form of this moral system? What are the proofs of its existence? What is its nature? What are its key features?

Following the inquiry about identification of the essence is the methodology-related question which governs the way this essence is addressed: How did the Islamic shari’ah [Law] approach the issue of morality? Is there a comprehensive vision governing this Islamic moral system? If yes, what is this vision? Is it an established vision or one which needs to be crystallized and deduced? How can we manage to identify this vision based on the authentic Islamic texts as well as the accumulated intellectual heritage that we have? This is to be added to other questions leading up to the methodology that must be adopted for a better understanding of the concept of morality.

Having identified the universal vision governing the methodology of addressing the issue of morality, we may start to ask questions in connection with applying the aforesaid methodology to our Muslim identities, our intellectual and practical legacy, our living reality, and other such fields that require the creation of implementation mechanisms for the Islamic moral system.
Let’s start addressing the existence-related question…

In order to answer these questions it is imperative that we refer first to the established Islamic texts, then to the cognitive heritage of Muslim scholars passed down through the ages. This heritage is derived from the said Islamic texts as well as the sciences, approaches and mechanisms arising therefrom. We may, for instance, presuppose that the Qur’anic and Prophetic texts that are explicit on the topic of morality do not cover a larger scope or contain more detailed information than do the texts relating to the practical rulings of shari’ah. Nevertheless, established Islamic texts - including the Qur’anic statement in praise of Prophet Muhammad, “Indeed, you are of a great moral character”, Prophet Muhammad’s statement, “I have only been sent to perfect good manners”, as well as his statement, “Nothing is weightier on the scale of deeds than good manners” and other similar statements – leave no doubt as regards the fact that the Islamic shari’ah recognizes and emphasizes the presence of a moral system. However, we notice that most of the researches conducted by the majority of Muslim scholars, particularly contemporary ones, regarding the topic of morality in Islam have been confined to answering this question which seems obvious and familiar to those who possess humble knowledge of Islamic texts.

The presupposition of the obviousness and familiarity of moral existence in Islam may have been one of the reasons behind the rarity consecrated works on morality by early Muslim scholars. They were not preoccupied with proving the existence a system, model, paradigm etc. We will point out later, when discussing the questions relating to both the essence and methodology, how the Islamic moral system has a unique characteristic which in turn requires a unique approach. Many modern scholars exerted much effort trying to prove the existence of Islamic “morality” (This may be due to the fact that their pursuit was to give a “reply” to non-Muslims who claim that the Islamic heritage is void of the notion of moralism. Their discussion tended to be more defensive or apologetic than systematic. Moreover, they addressed the question of “moral” existence in the context of a moral structure that had already been firmly established in the minds of non-Muslims).

Therefore, instead of deducing the moral facts embedded in the Islamic model, they sought to find proofs attesting to the existence of issues that are comparable to the ones presented to them by the non-Muslim moral thinker. Thus, they were kept away from carrying out a genuine and profound research into questions of equal importance in terms of the cognitive and practical framework of the study of ethics. These include questions about the essence, methodology and mechanism as has been stated earlier.
Accordingly, although researches among Muslim thinkers have dedicated a wider space to discussing and examining the existence-related question, it ought not be treated as the most important question of Muslim ethics. Rather, the existential question is only a question among many. In this research, we will start from where the answer to the aforesaid question has ended and move to answer the other series of questions.

The danger of over discussing the first question and addressing it in a defensive framework is due to the fact that it often leads to neglecting the other fundamental questions. This danger becomes all the more present at the scientific, systematic and applied levels when the three subsequent questions are studied within the same context as the first; thus mixing the theoretical with the practical and the historical with the applied. Therefore, this research must pay attention to addressing the second order questions in a sober atmosphere away from open theoretical questions that often reflect a background of ideologized frameworks and dispersed voices.