An ethical perspective concerning the Environment 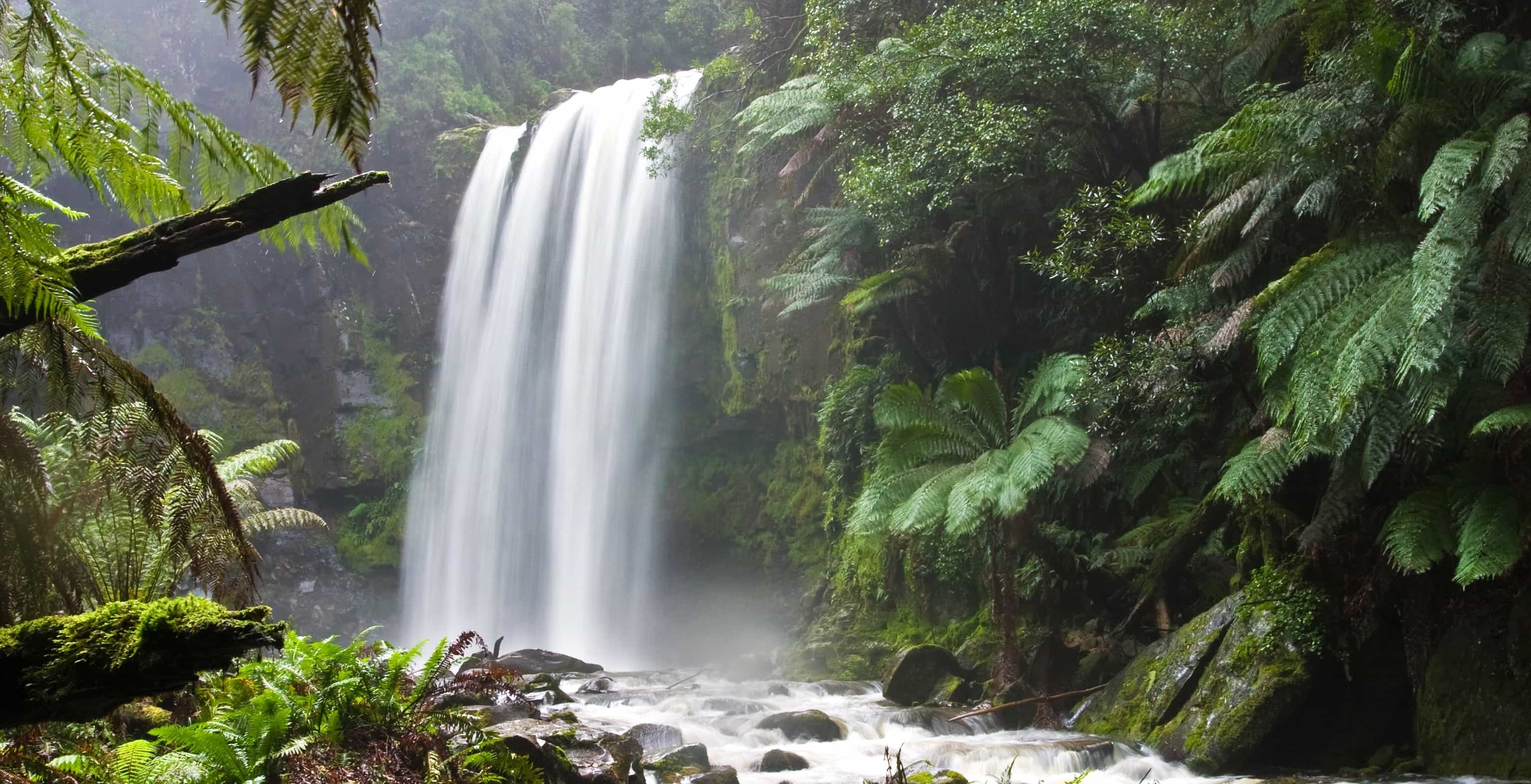 "The obligation of the Shari’ah is to provide the well-being of all
Mankind, which lies in safeguarding their faith, their human self,
their intellect, their progeny and their wealth.”

It was during the seventies that environmental ethics developed in the United States, inspired by the work of Aldo Leopold (1887-1948), who was a philosopher and a fervent advocate of nature. Considered to be the founding father of modern ecology, he led, together with his wife and children, an exemplary experiment in ecological rehabilitation. He put ethics into practice. Applied ethics, in a broad sense, attempts to link moral, philosophical or theological ethics with practice. In this regard, Aldo Leopold was an environmental pioneer. He put biocentric ethics into practice, with the conviction that each organism is a teleological center of life of which the value is intrinsic.

Environmental ethics is a new path that makes it possible to respond to the new challenges posed by the rapidly increasing development of technology which has detrimental consequences on people, biodiversity, the environment and the planet as a whole. The environment is concerned with different sectors at the same time including politics, economics, education, and science. It was in 1980 that the observation was made, on a large scale, of the decline of biodiversity as the consequence of the detrimental impact of human activities on living diversity. Thus, the ethical dimension of current environmental problems is concerned with the way of responding to the challenges that humanity has to meet.

The first characteristic of environmental ethics is that it is concerned with the future of the planet. In effect, post-modern societies deal with the sometimes disastrous consequences of technological development: deforestation, desertification, global warming, the extinction of animal species, pollution, etc… Applying ethical principles implies posing the right questions, those which are essential. This enables people to reflect upon the nature of actions, their objectives, their extent and their justification. This is why environmental ethics is to be considered a priori as actions and it is a necessity which provides meaning to the choices made and to the consequences of these choices on the environment.

The result is that one of the central issues of environmental ethics is to rethink the “place” of human beings on Earth and the relationship that they should have with nature. In this regard, the work of Aldo Leopold made possible an epistemological break in environmental ethics. Contemplative of nature, he adopted a new relationship with Nature. He defended “a land ethic which changes the role of Homo-sapiens from conqueror of the land community to that of member and citizen among others of this community. This implies the respect for fellow-members and also respect for the community as such.(1)

A large number of values emerge from this ethical approach: the well-being of individuals and communities, solidarity and unity among individuals and communities, excellence in doing good, respect for nature and respect for biodiversity. All these values can be conceptualized in the form of principles which are: do not destroy, contribute to the well-being of others, be just, be tolerant and respect the dignity of others.

We find these principles in the grand qawa’id, which are five Islamic legal maxims that form a system in which they are interdependent. “One of the main qawa’id that served as the basis and upon which secondary principles and rules were established is: Do not harm others and others should not harm you, là darar wa-là diràr.”

Concerning respect for the environment, là darar wa là diràr, is the most influential central principle (Hakim, 2012). This principle is fundamental and dependent on the concept of social justice. In terms of social justice, it is important to state that the consequences of climatic disruptions affect, in the first place, the most vulnerable. And this makes it necessary to be concerned about vulnerability and ways of addressing it.

The ethical dimension of the issue of the environment highlights sharing, through the shared access to natural and vital resources with the other members of humanity, between and through the generations. The concern to leave a livable, viable planet to future generations is one of the crucial points of this principle of equity. On the other hand, the question of knowing how much people can reasonably and ethically be expected to sacrifice in the name of future generations and for how many generations such sacrifices must be made. The principle of equity makes it necessary to act on an intentionally shared basis while acting in harmony with nature. Gifford Pinchot (1864-1946) defended the idea that the conservation of nature was a means of perpetuating natural resources that would make it possible to ensure their sustainable exploitation.

Implicitly, this involves thinking of oneself “with these global concerns: humanity's relationship to the environment, its understanding of and responsibility to nature, and its obligations to leave some of nature's resources to posterity. Pollution, population control resource use, food production and distribution, energy production and consumption, the preservation of the wilderness and of species diversity- all fall under its purview. It asks comprehensive, global questions and applies its principles to the daily lives of men and women everywhere on Earth.(2)

UNESCO made a declaration in 1997, “The Responsibilities of the Present Generations towards Future Generations.” And as a result of the details given in the UNESCO report, “Our common future”, we can see that decision-makers must also act. Hans Jonas wrote in 1979 the “principle of responsibility” which he defined as a global condition of human life, as well as of the distant future and of the existence of the species. Let us return to the principle of action, it describes their effects as compatible with the constant elements of an authentically human life on earth (3)

This leads to an underlying concept of sustainable development. We can see that environmental issues are not limited to ecological management. The Brundtland report4 described the relationship between the environment and human actions: “The environment does not exist as a sphere separate from human actions, ambitions, needs and attempts to defend it in isolation from human concerns have given the very word 'environment' a connotation of naivety in some political circles. The word 'development' has also been narrowed by some into a very limited focus, along the lines of "what poor nations should do to become richer". (...) But the "environment" is where we all live; and "development" is what we all do in attempting to improve our lot within that abode. The two are inseparable. Further, development issues must be seen as crucial by the political leaders who feel that their countries have reached a plateau towards which other nations must strive. Many of the development paths of the industrialized nations are clearly unsustainable. And the development decisions of these countries, owing to their great economic and political power, will have a profound effect upon the ability of all people to sustain human progress for generations to come."

At the human scale, different initiatives in the area of sustainable development emerge, carried by local initiatives, which attempt to develop a collective consciousness. Necessity implies establishing changes in our ways of life, contrary to a consumer-oriented life. The goal is to re-learn the use of local resources with a view to provide something for the needs of daily life. Thus, consuming locally, adapting our consumption to climatic hazards, sharing, bio gardening or else limiting the intermediaries in the consumption chain, creating new supply circuits. In other regions, as in Africa, access to water, agriculture or the adaptability to climate changes are criteria which lead to renewing the relationship between Man and Nature. This consciousness concerning our relationship to the environment is achieved through the appropriation of the meaning and relationship with nature, with needs and with respect for an ontological level of Nature.

The Muslim faith, through the Koran and the Sunna, provides us with the ethics inherent in the place of man on Earth. The human being has obligations and responsibilities concerning the preservation of the natural ecological order. As philosophers interested in nature, religious authorities noticed the special aspect of Islam concerning its environmental ethics. The concept of “stewardship” which is the closest in this specific field to the idea of “Caliphate” is a concept which implies dependence between humanity and nature. This concept emphasizes the sense of responsibilities and good governance. The importance of this concept resides in the objective of actions.

Why should Muslims consider the gifts of Nature as resources to be used with ethical practice? Islam is characterized by an all-encompassing spirituality which is found in all Muslim acts and his way of consuming the gifts of Nature is part of worship. And this is one of the key points for educating people. Extrapolating these principles for the entire Muslim community, in what this implies in terms of moderation and reasoned use to the example of our Prophet Muhammad, would result in a positive impact on the environment as this population numbers more than 1.5 billion people. This is the challenge initiated by ecotheology: how can we bring believers to change their behavior with regards to the environment? One of the responses would be to re-read the religious sources and to draw from it the ethical resources that make sense for them. In this way would arise a community of faith which will act for the well-being of the planet.