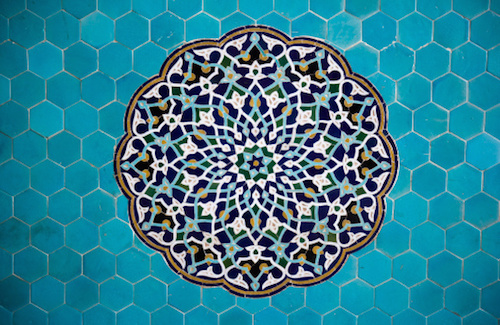 Art exists as a complex and finely merged thread that connects all facets of modern existence. Philosophers struggled to give art a single definition, separating its meaning into traditional versus contemporary definitions, then further breaking down each category into subcategories which include conventional, institutional, historical, and functional art. It is obvious that that beauty can express itself in the form of extreme precision of neurosurgical procedures all the way to the calculated brush strokes of imaginative murals. The richness of the history of our universe is being expressed through music, paintings, architecture, film and poetry. It connects between people with worlds that are long over, ideas that are still prevalent, and issues that are shaping the future. Spanning over traditional and new digital forms, art is a process of developing creativity and widening the lens of observation, with a prospect of shaping the mind into a more critical and intellectual force.

Kant defines art as “a kind of representation that is purposive in itself and, though without an end, nevertheless promotes the cultivation of mental powers for sociable communication.” In the same manner as everything in life, art cannot flourish without constant growth and encouragement of pursuit. Likewise, successful art progression is useless without the moldings of ethics. Ethics must be seen as an integral part of every aspect of life, no longer limited to certain aspects during specific moments of deliberation. In this regard, ethics itself becomes an art; the art of living richer, more responsive and more emotionally engaged lives (Fesmire, 2003). To be consciously aware of moral principality in art is a direction that can lead to great potential transformation of artistic activity.

Beginning with the birth of an idea in one mind to the interpretation of it by an audience, the processes of creating, analyzing, and spreading it are all of equal importance in the development of cultural enlightenment. It is a powerful channel of communication and a platform to express visions beyond the realm of words.
Whether your art is merely an appealing splash of colors, a perfect note on a sleek instrument, or a political statement of injustice, each form represents a yearning desire of expression. This approach, whether it is aesthetic or cognitive, alongside ethics creates a powerful dynamic of idea sharing and emotional exchange. The centrality of the imagination to ethical living, according to Fesmire’s reinterpretation of Dewey’s works, is essential in the development of a constructive mind. The ability to morally reason in a given situation requires the imagination to consider different possibilities and outcomes, thus creating a more constructive mind.

The emergence of popular cultural art has had a controversial reaction especially amongst strict literalist translators of Islamic text. Nowadays, scholars and experts are attempting to broaden this horizon to uncover the potential ethical arts can have on the individual and as well as on society at large. Debates include the permissibility of painting human faces, creating and listening to “non-religious” songs and music, teaching and playing music instruments. The history of art in Islamic countries is extensive and rich with material, flourishing during times when the Islamic civilization was at the height of its intellectual enlightenment. Artists and scholars alike understood that art was a powerful force capable of shaping their communities and imprinting their influence on history. Further solidifying their transcendent understanding of religion, the constant awareness of ethical principles was the main driving factor in their worldwide success. Palaces, poems, music instruments and paintings filled Muslim cities to the brink in a beautiful cover, creating a truly inspirational environment for practitioners of all fields. However in our present day the situation has fallen very far behind. What caused the gap —why has the understanding of art in religion regressed instead of progressed? How can a wide re-acceptance of art accompanied by religion be achieved while addressing its new contemporary issues?

Arts and ethics is an exceedingly complex topic in an equally complicated universe, giving rise to various contemporary issues.
While creativity is the sole driver of art in a perfect world, how much does consumerism play a part in art creation? The well-known philosopher John Dewey stated “the separation between fine art and useful art, although it goes back to the Greeks, is intensified today by mass production and the greater importance of industry and trade.” Are cultural artistic values attending to economic values, and if so, who or what determines the value and to whom is it attributed to? Value extents artistic, social, political and economic realms simultaneously. It is firmly tied to demand, pushing a capitalist mentality of supply and demand, which creates a system dependent on consumption. What would happen to the art sphere if this economically driven system would collapse?

The influence of art is heavily present in every religion, culture, and society throughout history until the present day. Why, then, has art become increasingly restricted and secondary through religious legislation? How much of these prohibitions and limitations are based on purely cultural interpretations of text? In a contemporary world with rapid information sharing and cultural developments, in what sense are Muslims restricting themselves to participate because of strict literalist translations? These questions especially relate to entertainment arts such as music and film expression. Gender also plays a key role in the debate- are women permitted all the same rights (specifically in performing arts) as men? Does everything has to be ruled upon or can scholars remain silent on certain issues that encompass art? How can we transform thinking to align art with religion?

Education is considered the most significant factor in the advancement of human beings. Art education plays a key role in shaping civilized citizens in a contemporary world. However, lack of importance and funding are major problems in art education. Why is art education considered less valuable than other types of education? What can be done about the stigma attached to art schools and art as a profession in the vast majority of societies? How can we provide ethical outlets to emerging artists to encourage their talents? Often there exists a gap between theory and practice since education of arts is geared mostly towards developing skills for examinations. Dennis Atkinson argues that the emphasis is placed upon the craft skills of art rather than on critical and expressive skills. Then, how can a successful bridge be created between school art and contemporary art? Does art always be created for a purpose or can it exist simply for beauty? Aesthetics and ethics is an emerging field that requires much thought and research. Is there such a thing as useless art? Who judges aesthetic merit and demerit, and does that contribute to its ethical value? All these questions need systematic investigation.