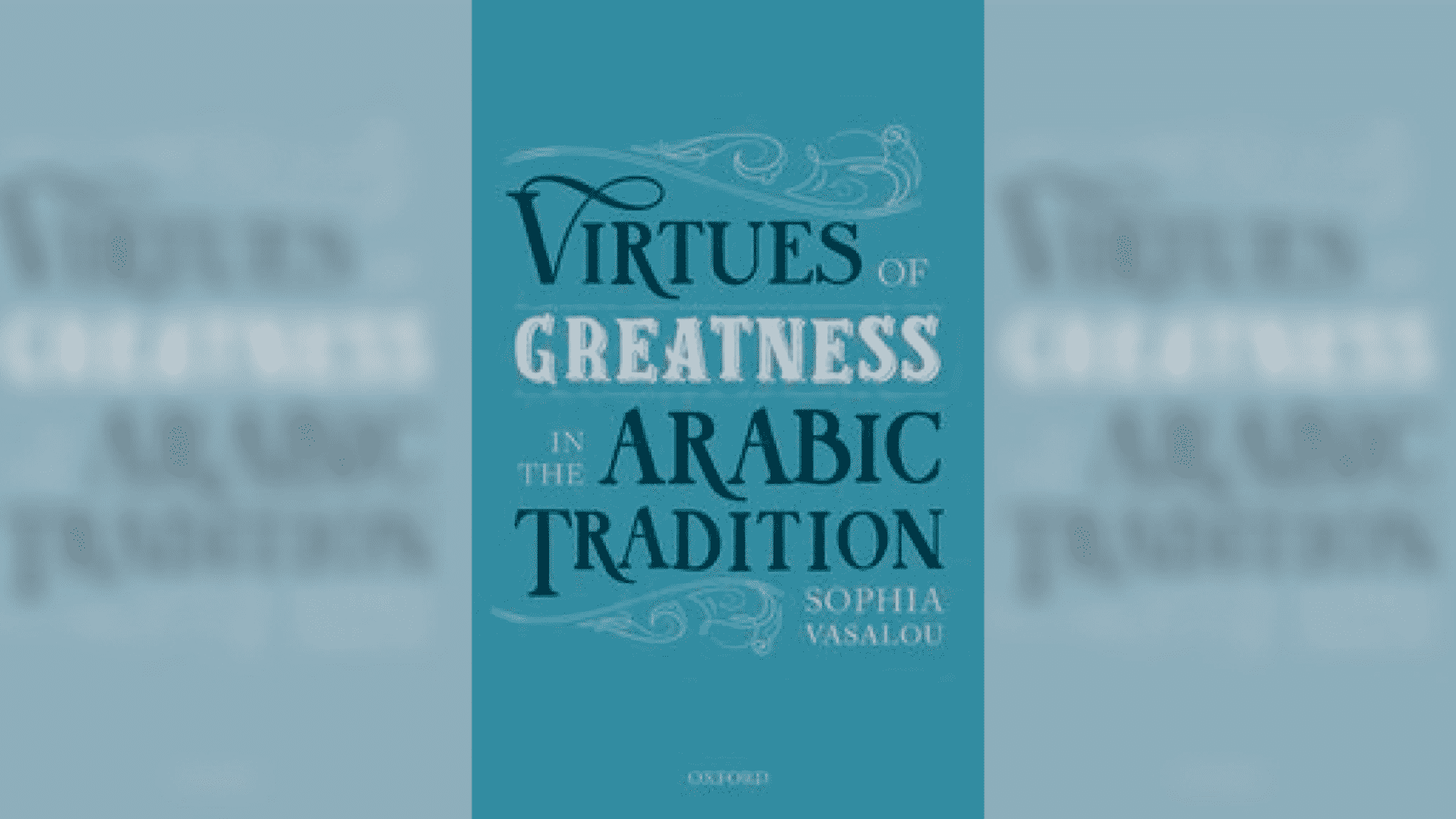 In this talk, I will introduce my forthcoming book Virtues of Greatness in the Arabic Tradition (OUP, 2019) and use it as a springboard for a broader conversation about fruitful new directions in Islamic ethics. While there has been longstanding scholarly interest in the political and moral ideas of philosophers in the Islamic world, in many regards the “virtue turn” in Anglophone philosophy has only recently begun to be reflected in scholarship on the Arabic-Islamic tradition. In this short book, I try to take a step in that direction by exploring a family of virtues found in Arabic philosophical, theological and literary texts, which I call “virtues of greatness.”

My study situates itself in part against the horizon of Greco-Arabic scholarship, taking its starting point from a question about how one of the most distinctive ideals of character present in Hellenistic philosophy, greatness of soul or magnanimity, was received in the Islamic world. I focus especially on two key virtue theorists, Abū ʿAlī Miskawayh (d. 1030) and Abū Ḥāmid al-Ghazālī (d. 1111). Understanding the (rather puzzling) reception of this ideal requires entering more deeply into the attitudes toward honour and self-esteem expressed by these thinkers. As a next step in this narrative, I examine a related ideal of character, represented by the Arabic term ʿiẓam (or kibar, ʿuluww, buʿd) al-himma. Enjoying an older and more complex pedigree and far wider cultural resonance, this virtue was theorised by different kinds of thinkers as a virtue of extraordinary aspiration. Some, such as Yaḥyā ibn ʿAdī (d. 974), articulated it as a virtue of aspiration to the best kind of human character, while others, such as al-Rāghib al-Iṣfahānī (fl. first half of 11th century), gave this aspiration a stronger religious form. Greatness of spirit is the virtue that enables us to aspire to the greatest, and hence to supernatural, goods.

Part of the interest of this focused exploration lies in the insight it provides into the content of Arabic-Islamic ideals of character on the one hand, and into their genealogy on the other. In both regards, there is still much work to be done in uncovering the rich tradition of writing on the virtues in the Islamic world, and in conceptualising the relations between the different genres in which this tradition took shape—from treatises of philosophical ethics and handbooks of Sufi spirituality to works of literature (adab) and mirrors for princes, among others. Yet at the same time, a key part of my aim in this study is to thematise questions about how we might go beyond historical scholarship to engage this ethical tradition philosophically. From this perspective, I hope this study, and my contribution to the seminar, can serve as a starting point for a broader conversation about the different aims and methods with which we approach Islamic ethical texts.

Tags
Virtues of Greatness in the Arabic Tradition
Sophia Vasalou