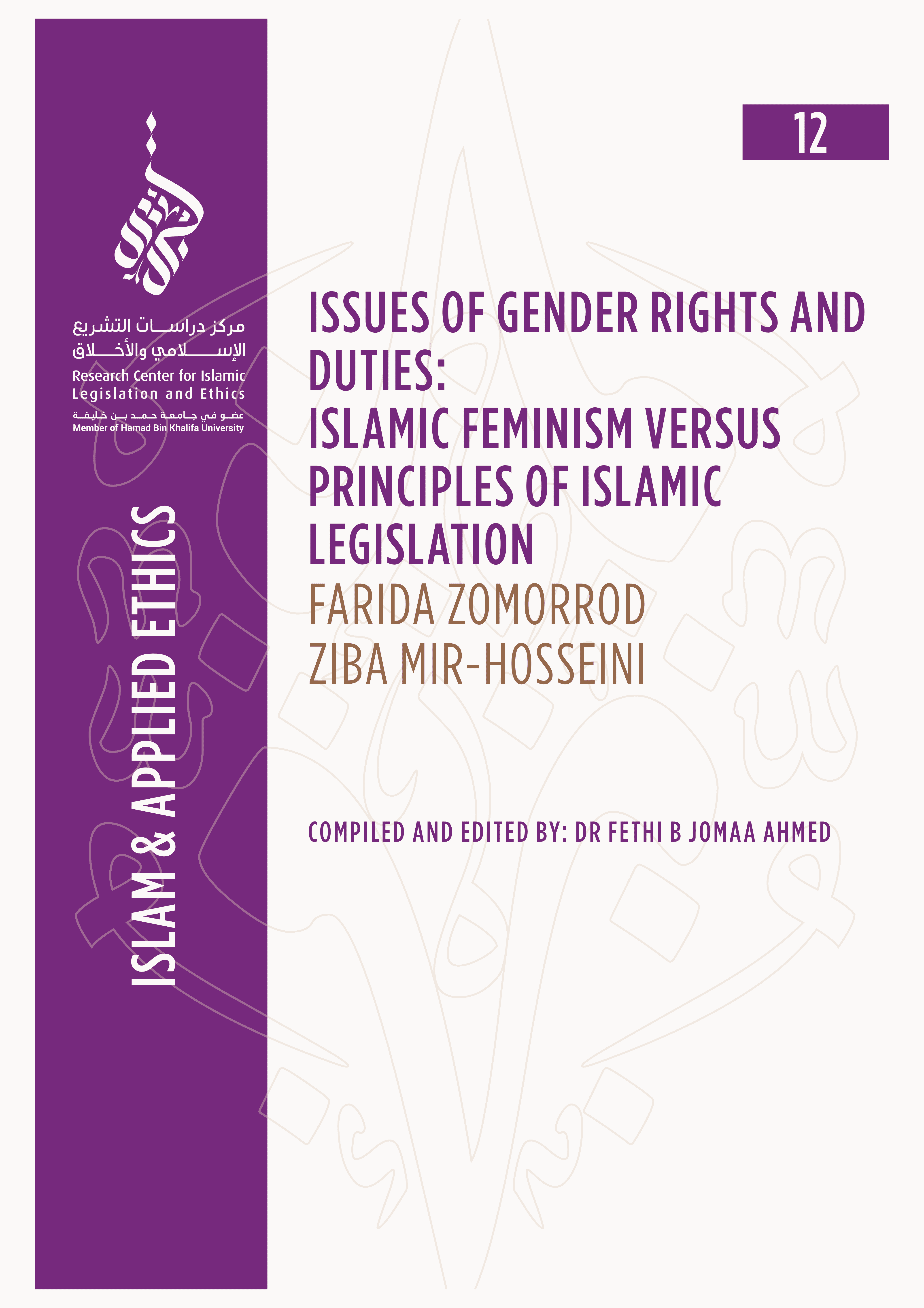 Gender issues, rights, duties, relations, differences and specificities have several indications in the  Qur’an and the Sunna. They are relevant treatments are also found in the oldest interpretations that accompanied the revelation, as well as in the textbooks of fiqh that address the laws and legislations in all fields. Thus, the main article in this book explores one of the new approaches that focus on the claim of full equality between women and men in rights and duties from the perspective of an Islamic reference point, guided by a special vision and methodology, which is widely known as the “Islamic Feminism” approach. It also presents the juristic discussions on this issue by using “Family Law.” This approach embodies the ethical bases and general legislative principles regarding these laws, with a focus on the methodological and scientific characteristics of Islamic law.

The response to the article begins with clearing the ground by more detailed comments regarding Islamic feminism. Then discusses the historical and political context of the rise of Islamic feminism, describing the approach, conceptual framework, and methodology of its key proponents, notably the scholars associated with Musawah. It concludes by suggesting how to move the debate forward by finding common ground in the search for more just family laws.