The Research Center for Islamic Legislation and Ethics (CILE), a member of College of Islamic Studies (CIS)  in Hamad Bin Khalifa University cordially invites you to its upcoming public lecture entitled: "Religion in World Constitutions: Comparative Remarks from an Islamic Perspective” This event will be held on November 29th, 2016.  From 7 to 9 pm in QFIS Auditorium, Education City.

Based on careful reading of the status of religion in more than 190 constitutions worldwide, this lecture will explore several themes: (1) religion as an identity component, (2) the use of faith language in the constitutions, (3) religion as a source of law, (4) equality regardless of religious affiliation, (5) freedom of worship, (5) having an official religion, and (6) separation of state and religion. The lecture will also try to provide an Islamic perspective on these themes; to explain the difference between Muslim-majority countries and other countries in this regard; and to explore what Muslims can learn from this constitutional legacy, in their way to produce a new constitutionalism that better reflects the spirit of Islam and serves the human dignity.

The lecture will be presented by Dr. Mohamed El-Moctar Shinqiti, Associate Professor of Political Ethics at CILE. His academic interests include Islamic political thought and ethics; religious reform and sectarian history of Muslim societies.  He holds a PhD in the history of religion from Texas Tech University, USA. He currently teaches history of religion and philosophy of religion at the College of Islamic Studies (CIS), Hamad Ben Khalifa University, Doha, Qatar. 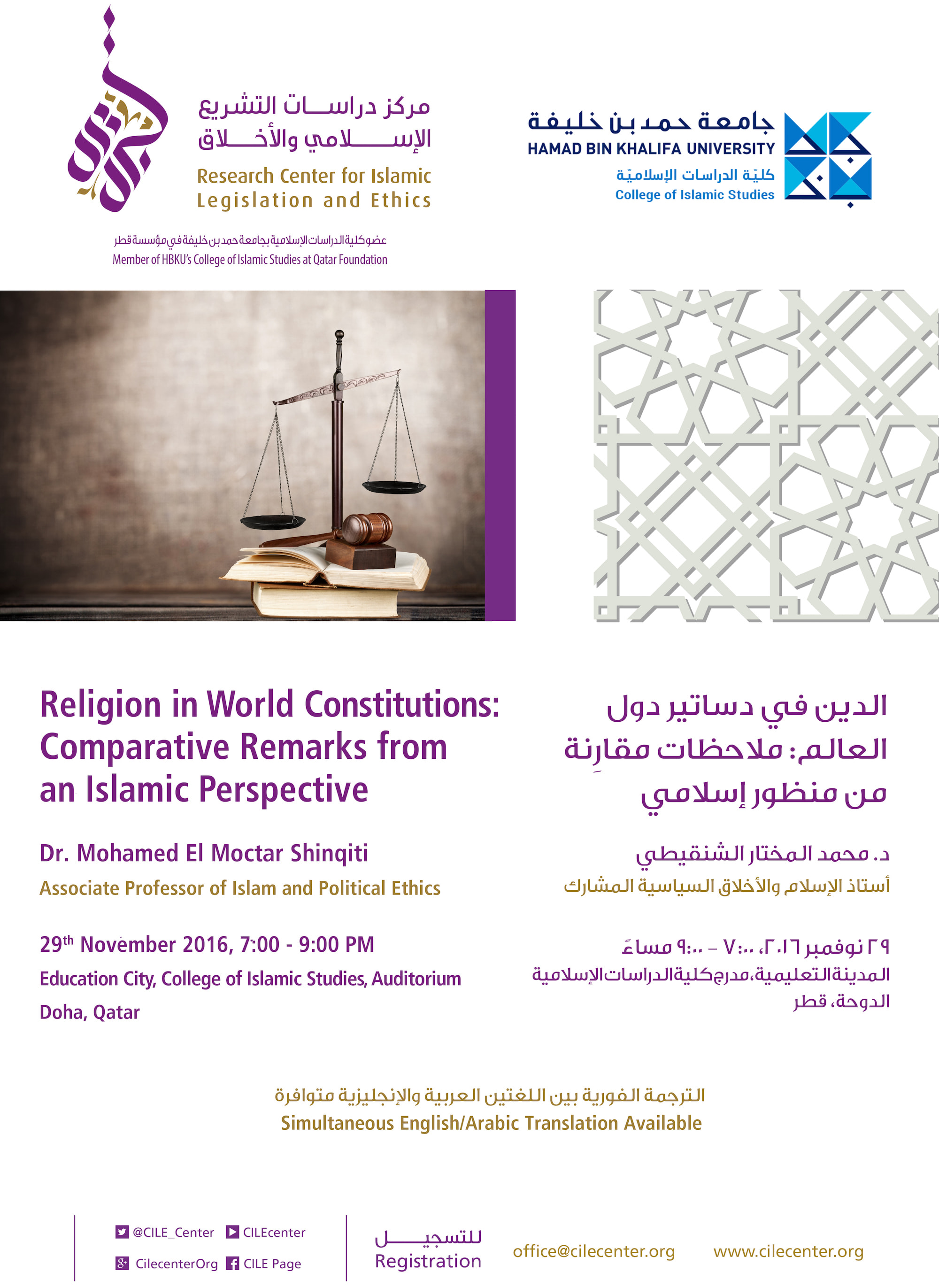 11/2016 Religion in World Constitutions: Comparative Remarks from an Islamic Perspective
Nov 29th 2016 from 7 to 9 pm