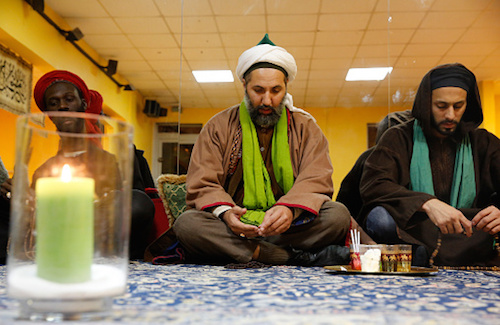 commented Abul Hasan al-Fushanji, who lived some three hundred years after Prophet Muhammad. The great Sufi master Hujwiri, a century later added: “In the time of the Companions of the Prophet and their immediate successors this name did not exist, but its reality was in everyone. Now the name exists without the reality.”

Sufism or tasawwuf is arguably one of the most controversial topics in intra-Muslim discourse. The very mention of the word provokes psychological revulsion to some and to others it lies at the heart of Islamic teachings. To term the phenomenon ‘Sufi-phobia’ in describing the attitude of many towards Sufism would be no exaggeration. The controversy is a result of four factors: the adoption of a fragmented vision of Islam; the emergence of philosophical and mystical Sufism; the misuse and abuse of authentic Sufi teachings by its adherents and the rise of an intolerant and divisive discourse on Islam.

Our engagement with Sufism needs to be contextualised and balanced. Three methodological principles should guide our approach to Sufism (or any controversial topic for that matter):

Language and terms are important but ultimately they convey meanings and messages. A foundational principle in Islamic intellectual methodology teaches us that there is la mushahhata fil istilah: there is no need to argue over terms as what matters more is the meaning and implication a terminology is referring to. Substance and content is the real issue at hand. Hence, if by Sufism we are referring to its prevalent contemporary manifestation of deviant beliefs, superstitions, innovated practices and a passive and folkloric interpretation of our faith, then this actually contravenes Islamic teachings and should be rejected. If on the other hand, by Sufism we mean the spiritual and moral guidelines and practices based on the Quran and authentic Prophetic traditions which aims at achieving "sincerity in turning to God" (Ahmad Zarruq's definition of Sufism) and elevating the human soul so that it is refined and purified of its spiritual diseases and adopts a path of virtue, then it is at the core of the Islamic faith.

There is no doubt that much of what exists of Sufism today, or what people perceive to be Sufism, is nothing short of ignorance, superstitious practices, religious exploitation, excessive ritualism and ‘spiritual consumerism’. But this situation should not absolve us of our religious responsibility in adopting an objective and fair assessment of Sufism. Any such analysis will point to the fact that Sufism is an authentic expression of Islam deeply rooted in our history. History testifies to the transformational role that Sufism played in the spread of Islam across the world. It was Sufi traders who introduced Islam to many places in the world which today boasts of major Muslim populations. Passivism and acquiescence to tyrannical rule and oppression is a common accusation leveled at the Sufis. However, history also testifies to the efforts of Sufis who engaged in jihad to protect the freedom of their people, be that the Sanusiya movement of Libya, Abd al-Qadir al-Jazairi’s resistance against French occupation in Algeria or the efforts of Naqshbandi Sufis fighting Russian aggression or the Sufi scholars of Aceh leading the Muslims resistance against Dutch occupation.

However, the reaction to the decline of this authentic Sufism was the emergence of an interpretation and application of Islam which divorces the ethical and spiritual core of Islam from its outward and ritual manifestation. Sufism was chastised and branded as bidah and shirk and its adherents labeled deviants, innovators and even polytheists.

Critics of Sufism point to the likes of the Hanbalite scholar Ibn Taymiya in his rejection of Sufism. However, a careful reading into his works proves that his position actually represents an objective and balanced assessment. He states in his treatise al-Tuhfa al-iraqiyah fi al a’mal-al qalbiyiah:

All human endeavours - individual or collective - are subject to errors and mistakes and Sufism holds no special privilege in this regard. The spirit of self-criticism is an integral part of the Sufi heritage and legacy. Al-Wasiti said: “At first Sufis were given clear indications; then these became motions and now nothing remains but sorrow.” Siraj al-Tusi (d.278) in his book al-Luma’ devotes a whole section to deviance and excesses of Sufism. This self-regulatory trend within Sufism continued in the works of great Sufi personalities like al-Sulami (d.413), al-Qushayri (d.465), Hujwiri (d.465), al-Ghazali (d.505) and others. In avoiding ambiguous mystical language of Sufism, many other works were also penned paving the way for a more accessible and comprehensible presentation of Sufism so that it “inspires and provides instruction on personal piety and self-refinement for those who, for historical or other reasons, have not or may never have any formal association with Sufism in any institutionalised form.” (See Professor Sherman Jackson's excellent translation of Ibn Ataillah's Taj al-Arus).

So what is Sufism? It is actually synonymous with the Quranic term tazkiyat an-nafs (purification of the self) and the Prophetic term ihsan (spiritual excellence). According to the Prophetic tradition, ihsan is defined as “worshipping Allah as though one sees Him and if this is not possible then to feel His presence.” (Bukhari)

Sufism in essence is the spiritual and ethical tradition of Islam. It provides guidelines on personal piety, self-development and the elevation of moral, spiritual and ethical resolve. ‘Applied Sufism’ focuses on ridding or controlling oneself of the evil traits of the lower self inherent in each and every one of us: ignorance, arrogance, envy, anger and hate and replacing these with virtues such as knowledge, humility, contentment, patience and love.

The Quran and authentic Sunna are the basis of this applied Sufism. “Be godly people” is a Quranic directive (3:79). Success is defined by those who purify their nafs - lower self. (91:9) There will come a Day neither wealth or progeny will benefit anyone, save him who comes to Allah with a sound heart. (26:87-89) The Prophetic traditions are replete with mention of the importance of the heart: “Verily in the body there is a morsel of flesh which if it remains intact, the body remains intact; however if it is corrupted, the whole body is corrupted. Surely it is the heart.” (Bukhari) Death, in the Sunna, is not defined by clinical death but refers to the spiritual state of those who neglect the remembrance of God. (Bukhari)

Sufism is good character and adopting the higher moral ground. Al-Qushayri in his Risala recounts different definitions of Sufism which link it directly to good character and ethics. Al-Jurayri explained, “It means taking up every sublime moral characteristic and leaving behind every lowly one.” Junayd (d.910) states, “Sufism is not composed of practices and sciences, but it is morals. And whoever surpasses you in good moral qualities surpasses you in Sufism.”

If the Shariah represents the body of Islam, then Sufism is its soul. The conversation on Sufism needs to be reclaimed, not only in substance and content but also with language, which is authentic, relevant, and at the same time deeply rooted in our intellectual and ethical tradition. Although we need not be sensitive or over-cautious in employing the term ‘Sufism’, a re-articulation of this tradition is certainly required. Reviving and contextualising our Sufi heritage should lie at the heart of any endeavour which seeks to make Islam matter in the modern world. ‘Sufism for non-Sufis’ is the need of our times.

As-salaam Alaikum. Excellent piece of work. i couldn't help but to read some parts of it multiple times so as to imbed them inside. Some of the concepts mentioned in it were already wandering in my mind for quite a long time but were always falling short of words. This article gave me a foundation to build upon. Looking forward some more similar thought provoking essays. Thanks a lot. :)